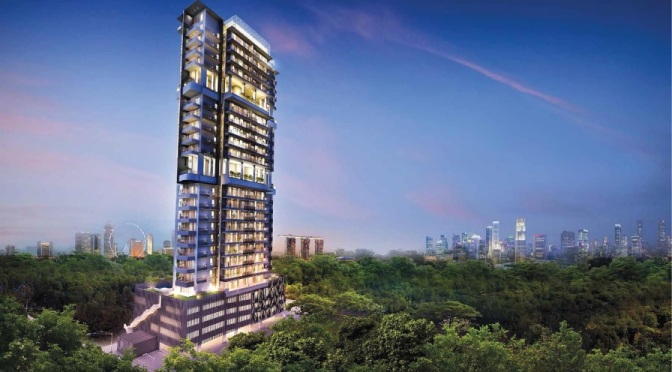 The project, Forte Suites, with homes ranging from one-bedroom units to penthouses, has seen about 20 per cent of its units sold since its soft launch three weeks ago.

JForte Holdings, whose subsidiary Forte Development is building the freehold project, said it has designed it as a hotel-style condominium.

It has extra touches, including a day concierge service, high ceilings and en suite jacuzzis in some units.

The project near Farrer Park lies within the so-called “golden triangle” of three upcoming and existing major medical hubs.

Nearly half the units sold during the soft launch went to foreign buyers, with some to frequent medical tourists, he added.

Property consultants said they are expecting sales to be brisk, given the launch performances of Highline Residences and Seventy St Patrick’s earlier this month.

“The market has been given an improved boost from these projects. I expect this project to echo a similar response,” said Mr Donald Han, managing director of Chesterton Singapore.

Resale prices in the area have fallen by about 7 per cent over the past year – from the third quarter of last year to the second quarter of this year.

This decline was in line with the fall in resale prices islandwide, said R’ST Research director Ong Kah Seng.

Resale prices over the past year ranged from $946 psf at the 99-year leasehold Kentish Green to $1,466 psf at the freehold Urban Lofts.

The smaller size of projects here means most do not see more than 10 leases signed each quarter, said Mr Ong.

But there is “definitely ongoing interest from expatriates to rent apartments here”, he added.

This is because the area is not too far from Novena, where foreign health-care professionals may be working.

The gross yield in the area is about 3.9 per cent, slightly higher than the islandwide average gross yield of 3.8 per cent in the first half of this year.

Newer projects in the area include Cityscape at Farrer Park in Mergui Road, 8 Farrer Suites and Jool Suites in Sing Joo Walk and Rangoon 88 in Rangoon Road.

Overall, the investment outlook for the area is positive, given its long-established positioning as an upmarket residential area for upper-middle income families and tenant-expatriates who prefer a quieter yet conveniently located living environment, said Mr Ong.