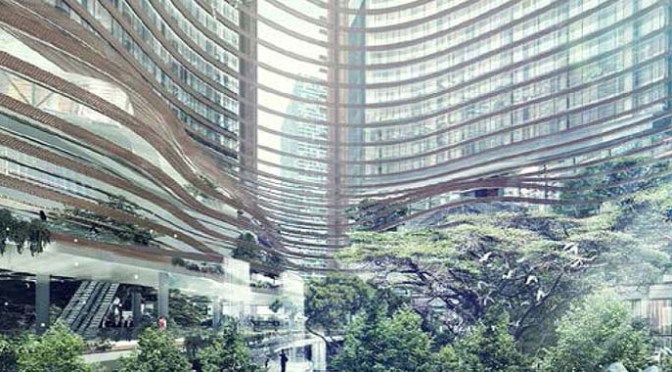 Luxury project Marina One Residences opened its doors to the public on Saturday (Oct 11) but saw a lukewarm response, with only 20 units sold. Its developer had cleared 300 units in the past week during private sales.

Business owner Lim Jit Song, who was at the public launch, was looking for a unit for investment purposes. The 39-year-old eventually settled for a S$1.7 million one-bedroom unit on the 13th floor, which works out to almost S$2,300 per square foot (psf).

Mr Lim said: “First of all, the location is very good, it is in the Marina area. Price-wise, it is also very reasonable. We saw the furnishing and it is very good – we are very happy with that. There are three MRT stations around, and amenities within walking distance. The last point – the developer is very dependable. So with all these reasons … we decided to go for it.”

The project is a joint-venture between Temasek Holdings and Malaysia’s state investment arm Khazanah Nasional. It is their second residential development after DUO Residences in Bugis, which was launched in November last year. Buyers had snapped up more than 60 per cent of DUO’s 660 units in just three days. Prices had averaged S$2,000 per square foot, with over S$2,600 per square foot for a studio apartment.

Private sales for Marina One started on October 3 to those purchasing multiple units. The developer said the majority of its buyers are Singaporeans (70 per cent). Malaysians make up 20 per cent, while the remaining 10 per cent are Indonesians and Chinese.

One analyst described the sales as “commendable” for the current market, but said prices – which now range from S$1,960 to S$3,100 psf – might need to be lowered to further boost demand.

Ku Swee Yong, CEO of Century 21 Singapore, said: “The current competition of the unsold units along the Shenton Way stretch, up to Tanjong Pagar, as well as future Government Land Sales of parcels around Marina One would affect investment sentiments in the project.” Mr Ku said units from older projects nearby are going at competitive prices, averaging about S$2,000 to S$2,500 psf.

The launch of Marina One comes on the back of lacklustre sales in the city area, weighed down by property cooling measures. In the second quarter of this year, 95 high-end homes were sold, down from 121 units in the previous quarter and 365 units in the same period last year. Prices in the city area have also declined for the fifth consecutive quarter since Q1 2013.

Its developer is also taking a cautious stance. The project has two residential towers comprising about 1,000 units, but only one tower is currently open for sale.